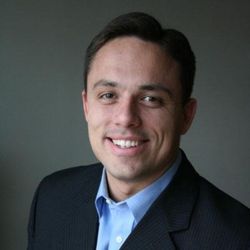 Carlos Lejnieks is CEO of Big Brothers Big Sisters of Essex, Hudson & Union Counties where he took over an atrophied BBBS agency in 2008 and, within four years, went from serving approximately 100 youth to serving well over 1,100 annually. On 2009, he was appointed to the National Hispanic Advisory Council for Big Brothers Big Sisters of America. Under Carlos’ leadership, BBBS has received numerous awards including a formal recognition by President Obama. Previously, Carlos was an administrator at North Star Academy and held positions at CN Communications International and Goldman Sachs.

Carlos has taken his grassroots experience to inform policy. He currently serves on Governor Murphy’s “Third Sector Advisory Council” tasked with policy recommendations for the 1.2M “ALICE” (Asset Limited Income Constrained and Employed) families most affected by the pandemic and, in 2018, Carlos was appointed to the NJ Real Estate Commission, a quasi-judicial body representing the “public interest”. He has also served on President Obama’s Regional Finance Committee, and Transition Teams for Governor Murphy, Governor Christie and Newark Mayor Booker.

A purpose-driven board member, Carlos is Chairman of the Board for Jersey City Medical Center where he has been as a Trustee since 2011. From 2014-18, Carlos was Chair of JCMC’s Quality Assessment & Risk Management Committee. Carlos also serves on the Board of New Jersey City University where he is a member of its Executive Committee, Chair of the Nominations & Governance Committee and sits on its Finance & Audit Committee. He has also been on the Board of Regents for Saint Peter’s University since 2011. Carlos is Co-Founder and Trustee of Democracy Prep Public Schools, a network of schools serving over 7,000 youth based in Harlem.

Active with his alma mater, Carlos is President of the Brown University Alumni Association Board of Governors, representing over 100,000 alumni globally. He is the first Latinx person to hold that post in the university’s history. He also serves on Brown’s corporate board, serving on its Finance and Budget Committee. 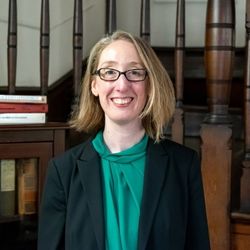 Jesse has been with the League of Women Voters of New Jersey since 2007, leading the organization for the last five years. During that time, the League has strengthened its position as a critical, influential, and trusted voting rights and civic engagement organization, educating hundreds of thousands of voters about important election and advancing equitable policy reforms. Under Jesse’s leadership, the organization has added several new chapters, tripled its staff, and has been instrumental in passing several pieces of voting rights legislation including online voter registration, automatic voter registration, an end to prison-based gerrymandering, in-person early voting, and rights restoration for people on parole and probation. Jesse holds a Bachelors degree in English from Dickinson College, and a Masters of Fine Arts in Poetry from Drew University. 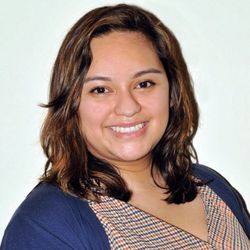 Johanna Calle is the Director at the Office of New Americans (ONA) at the New Jersey Department of Human Services. In this role, Ms. Calle works on identifying, developing, and executing policies and strategies to advance efforts to welcome and empower immigrant communities in the state.

Prior to joining the Department, Ms. Calle served as the Director of the New Jersey Alliance for Immigrant Justice (NJAIJ), a coalition of over 40 organizations that work on advocacy campaigns at all levels of government to promote pro-immigrant policies. She played a key role in the passing of the legislation to expand access to Driver’s Licenses to all and in the implementation of Attorney General Grewal’s Immigrant Trust Directive. Johanna’s professional experience also includes working the National American Civil Liberties Union and participating in the ACLU of Northern California’s MiACLU campaign, visiting various affiliates fighting for immigrants’ rights.

Ms. Calle is a longtime New Jersey resident, born in Ecuador and raised in Hackensack, NJ. She has lived experience as a formerly undocumented student with undocumented family members. She started her advocacy as a high school student urging congress to pass the Dream Act and has made several visits to Washington D.C. in support of Comprehensive Immigration Reform. In her off time, she mentors and advises youth and adults organizing for racial and social justice and civic engagement. She has a Bachelor of Arts in Sociology and Political Science from The College of New Jersey and a Master of Criminal Justice from Rutgers University. 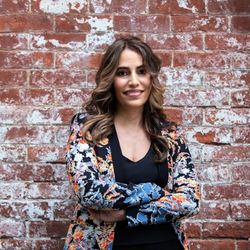 In 2007, Senator Ruiz became the first Puerto Rican elected to the Senate. Since then she has been re-elected five times. Currently Senate Majority Leader, Senator Ruiz is the highest ranking Latina legislator in state history. She previously served as chair of the Senate Education Committee.

Throughout her time in the Senate, she has fought for equity in educational spaces, acting as the leading force in expanding access to early childhood education throughout the state. She also spearheaded the law to build on the federal free and reduced meal program so that all students who qualify for the program could receive breakfast and lunch at no cost, eliminating the reduced category. Furthermore she has sponsored laws to increase diversity within school curriculum and strengthen the Amistad Commission.

The senator has also focused on expanding employment opportunities for underserved communities, sponsoring bill packages to expand apprenticeship programs in the state and increase teacher diversity. The apprenticeship package, which was enacted, created more accessible pathways to careers in high growth industries by incentivizing business participation in apprenticeship programs. In addition, she has taken a targeted approach at mitigating the barriers which prevent people of color from obtaining and retaining full time teaching positions, advancing legislation to establish educator apprenticeship programs, provide loan redemption opportunities and expand alternate route programs.

Senator Ruiz was also the prime sponsor of a 2020 law to allow candidates to use campaign funds to cover childcare expenses incurred due to campaign activities.

The Senator received a bachelor’s degree from Drew University. She was a 2010 Aspen Institute Rodel Fellow, and a graduate of the Harvard Kennedy School’s Senior Executives in State and Local Government Program. She is vice chair of the Essex County Democratic Party and is deputy chief of staff to Essex County Executive Joseph N. DiVincenzo, Jr. She served as a delegate to the Democratic National Conventions in 2004, 2008, 2012 and 2016. Among all of her accomplishments, the title she holds most dear is that of a mother.